(WB) Gay presidential candidate Pete Buttigieg has reversed himself after disparaging the LGBT media this week, attributing his Trump-lite comments to having a “grumpy moment.”

Buttigieg made the correction during an interview with Alex Berg of AM to DM with Buzzfeed News, who quoted a question posed to him on Twitter from Out Magazine editor Phillip Picardi about the remarks.

“I appreciate the question and the chance to clear this up,” Buttigieg replied. “Just to be clear, LGBTQ media plays an important role especially at a time like this.”

Buttigieg then shifted the direction of his discontent away from LGBT media to a general sense some people “tell people how to be gay.”

“I was having a grumpy moment where I was thinking about some of the coverage that I do get frustrated with that seems to tell people how to be gay, and that’s to be fair happening in a lot of different sources and places online in and other places,” Buttigieg said.

But Buttigieg also acknowledged the situation is different for him because he’s a candidate running for president.

“It’s one of the reasons I was a candidate,” he said. “It’s healthy just not to read too many clips about yourself to begin with. I don’t want to take away from the very good work that’s being done in the queer media right now.”

Asked whether scrutiny of his remarks against LGBT media was unfair, Buttigieg denied that was the case.

“No, look,” Buttigieg said, “when you’re a politician, you’re fair game and even though I don’t think of myself as a political, I’m running for political office, everything you say is on the record, everything you say has an impact and it’s important to make sure you’re saying things in the right way, and that they’re having the right effect.”

Buttigieg had dismissed the LGBT media during a radio interview on Sirius XM when replying to a question about individuals in LGBT circles criticizing him for presenting as masculine and not being gay enough.

In response, Buttigieg said he “can’t even read the LGBT media anymore,” falsely accusing LGBT outlets for writing those articles questioning his gay-ness when they were written by mainstream outlets like Slate and The New Republic.

News that Buttigieg addressed his comments answers why Zach Stafford, editor-in-chief of The Advocate, make no mention of it Friday during the LGBT forum with presidential candidates, even though he served as the moderator for the Buttigieg portion.

Stafford revealed on Twitter the next day he didn’t ask the question because he knew Buttigieg addressed it on AM2DM, linking to the candidate’s interview.

Ironically, Buttigieg chose to give news to a non-LGBT media outlet, although the reporter who interviewed him covers women’s and LGBT issues. 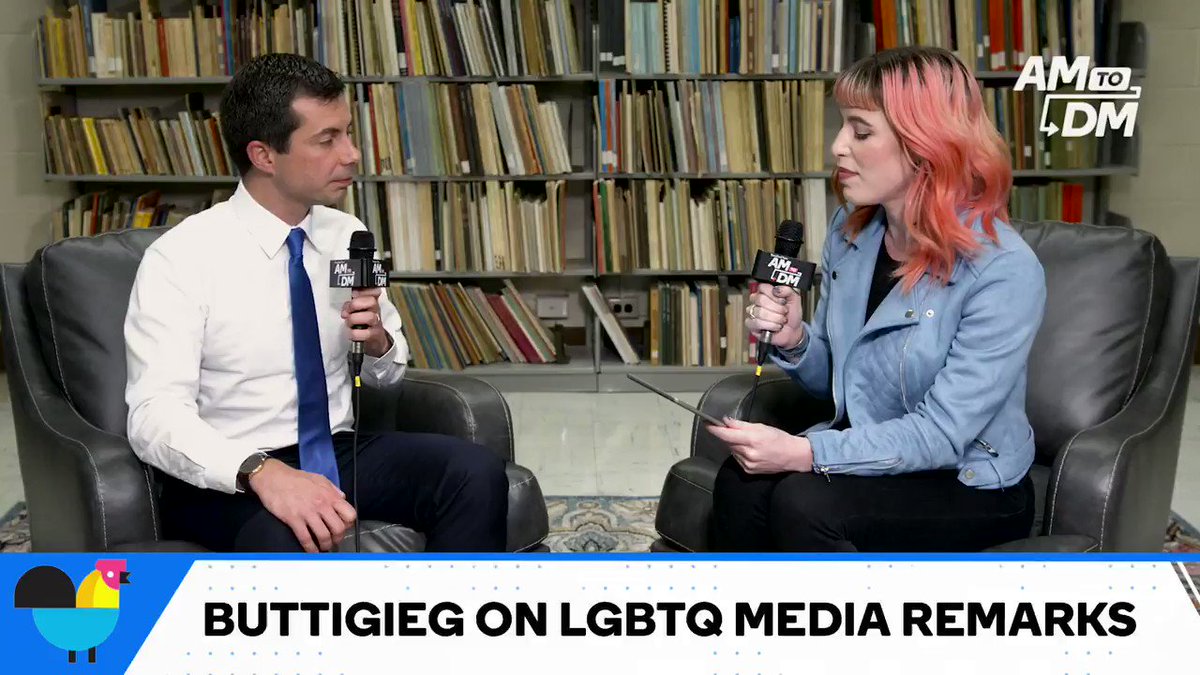