The march began in Havana’s Central Park near the Cuban Capitol shortly after 4 p.m. 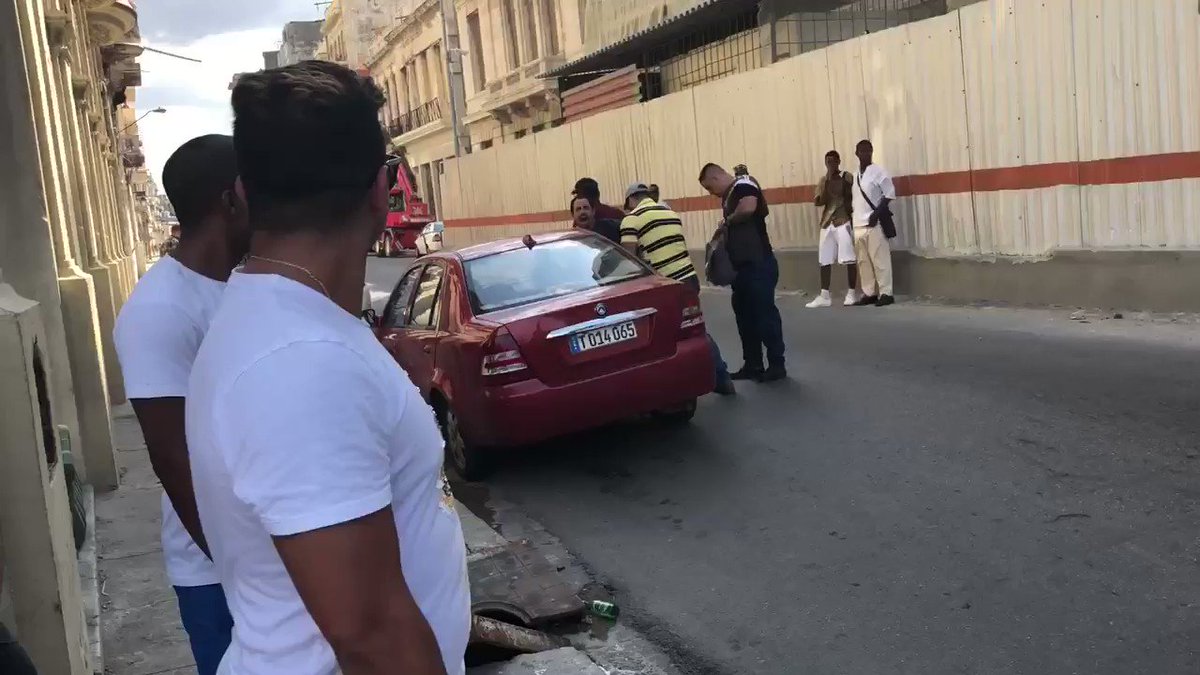 #CUBA: This is one of the arrests as crowd made their way yo #Malecón. This is reportedly Oscar Casanella. He called them “abusers” as he was taken by force away from cameras. #LGBT March in #Havana started peacefully and ended in conflict. @WPLGLocal10

Independent LGBTI activists organized the march less that a week after the National Center for Sexual Education, a group directed by Mariela Castro, the daughter of former President Raúl Castro, announced it had cancelled its annual International Day Against Homophobia, Transphobia and Biphobia march in Havana that was to have taken place on Saturday.

Mariela Castro earlier this week said the “opposition in Miami” was organizing the unsanctioned march. Mariela Castro on Sunday in a Facebook post described it as a “show organized from Miami and (the Cuban city of) Matanzas, backed by officials at the U.S. embassy and covered by the foreign press.”

Independent activists in the days leading up to the march received text messages from state security officials that told them not to attend it. Police on Saturday also prevented some of them from leaving their homes in order to attend the march in Havana and other unsanctioned IDAHOBiT marches that were scheduled to take place elsewhere in the country.

The Blade later confirmed authorities detained Juana Mora Cedeño, an independent LGBTI activist who met with then-President Obama in Havana in 2016, and others to prevent them from attending the Havana march.

Sources who attended CENESEX’s annual IDAHOBiT gala in Havana on Friday — where San Francisco-based activist Cleve Jones was honored — said the organization encouraged attendees to attend a party that was to have begun on Saturday at 4 p.m., the same time the unsanctioned march was to have begun. Francisco Rodríguez Cruz, a pro-government gay Cuban blogger who writes under the pen name Paquito el de Cuba, posted onto his Facebook page a picture of him and his family with Jones at the event.

“With Cleve Jones, one of the historic leaders of the LGBTI movement in the United States and CENESEX honoree this year, after speaking to the crowd about the rights of all human rights and committing to fight against the U.S. embargo against Cuba,” wrote Rodríguez.

This year’s IDAHOBiT commemorations in Cuba are taking place against the backdrop of increased tensions between Havana and Washington over the government’s continued support of Venezuelan President Nicolás Maduro. The country’s worsening economic situation has also prompted food rationing, a shortage of fuel and blackouts.

Authorities on Wednesday arrested Luz Escobar, a reporter for 14ymedio, an independent website founded by Yoani Sánchez, a prominent critic of the Cuban government, as she tried to interview victims of a freak tornado that tore through parts of Havana in January. Authorities on the same day did not allow this reporter into country after his flight from Miami landed at Havana’s José Martí International Airport.

This reporter spoke with Jones at the airport before he learned the Cuban government.