(WB) A Colombian senator on Sunday became the first lesbian and first woman elected mayor of her country’s capital city.

“Thank you to all the teachers, mentors, bosses, colleagues, classmates, friends and citizens who taught, loved and supported me to reach this day in my life,” said López in a video with her supporters that she posted to her Twitter account.

“Thank you to my city and its extraordinary citizenry for your trust and giving me this opportunity,” she added. 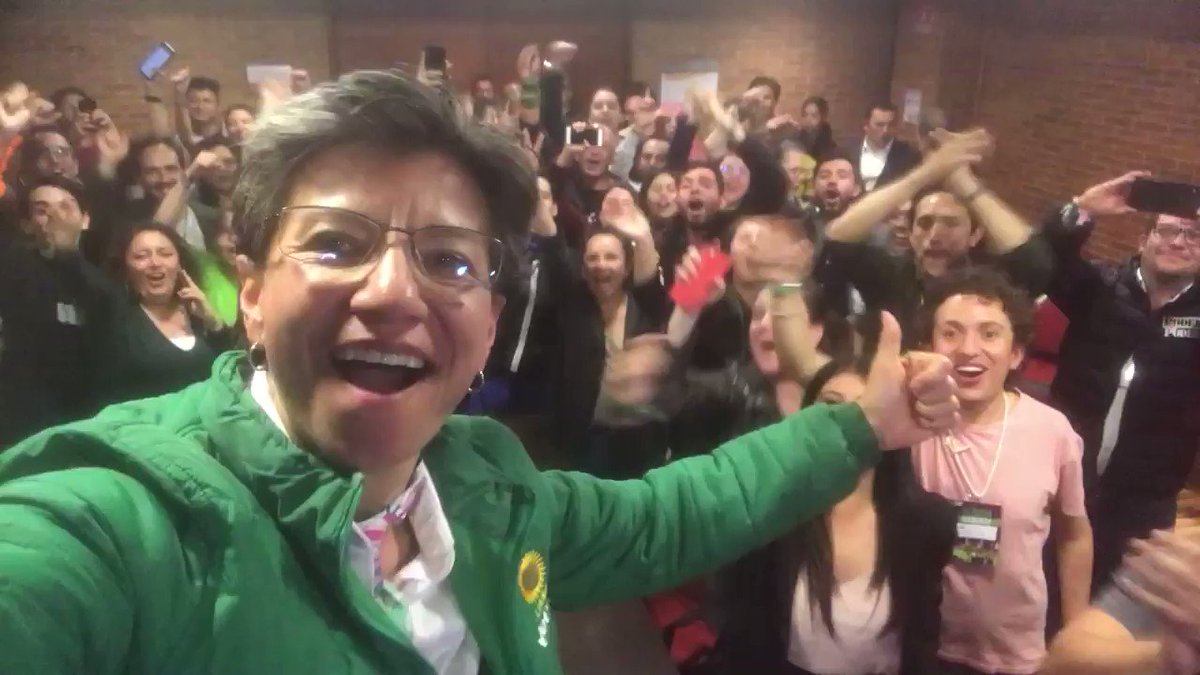 2,541 people are talking about this

López, 49, was elected to the Colombian Senate in 2014. She later became a candidate to succeed then-President Juan Manuel Santos who left office in 2018.

Caribe Afirmativo, a Colombian LGBTQ advocacy group, tweeted a picture of the couple kissing each other after López won.

“Equality is unstoppable, because love transforms realities,” tweeted Caribe Afirmativo. “We congratulate Bogotá Mayor Claudia López and her partner, Sen. Angélica Lozano. Both have shown a great commitment to rights and peace, doing politics in a decent way.” 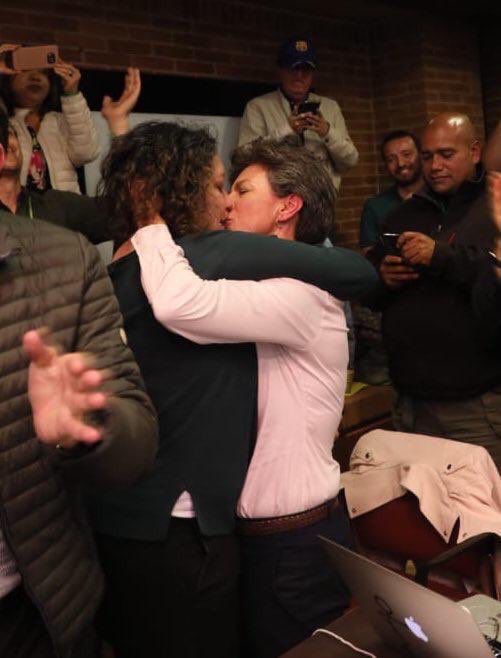 28 people are talking about this

López was among those running in local and regional elections that took place across Colombia on Sunday. Other candidates included Marco Andrés Jaramillo, who ran for the Medellín City Council.

“A lavender ceiling was shattered in Colombia Sunday night and its effects will reverberate around Latin America,” Elliot Imse, senior director of communications for the LGBTQ Victory Institute, told the Washington Blade on Monday in a statement. “More than seven million Bogota residents will now have an openly lesbian woman leading their city and her victory will undoubtably inspire more LGBTQ people to run for office.”

“In the United States, we dubbed 2019 the Year of the Lesbian Mayor because of the unprecedented number of lesbian mayors elected to big cities,” added Imse. “Claudia’s victory makes clear this trend extends well-beyond the United States, and our international program will continue to work with LGBTQ leaders in Colombia and across Latin America to help LGBTQ people run and win.”

The Blade will update this article with additional results once they become available.