Organizers of Georgia’s first Pride parade that was to have taken place in the country’s capital of Tbilisi on June 22, 2019, have postponed the event. (Photo via Twitter)

(WB) Organizers of Georgia’s first Pride parade that was scheduled to have taken place in the country’s capital on Saturday have postponed it.

Giorgi Tabagari, co-founder of Tbilisi Pride, on Twitter said he and other parade organizers decided to postpone the event in order to join protests against Russian MP Sergei Gavrilov, who spoke at the Georgian Parliament on Thursday, and a police crackdown against protesters who tried to storm the building that reportedly left more than 240 people injured.

“Due to (the) current political situation and ongoing protests in Tbilisi, our team had to postpone the march which was planned tomorrow,” wrote Tabagari on Friday. “We have joined the protest at this point and will march once situation calms down.” 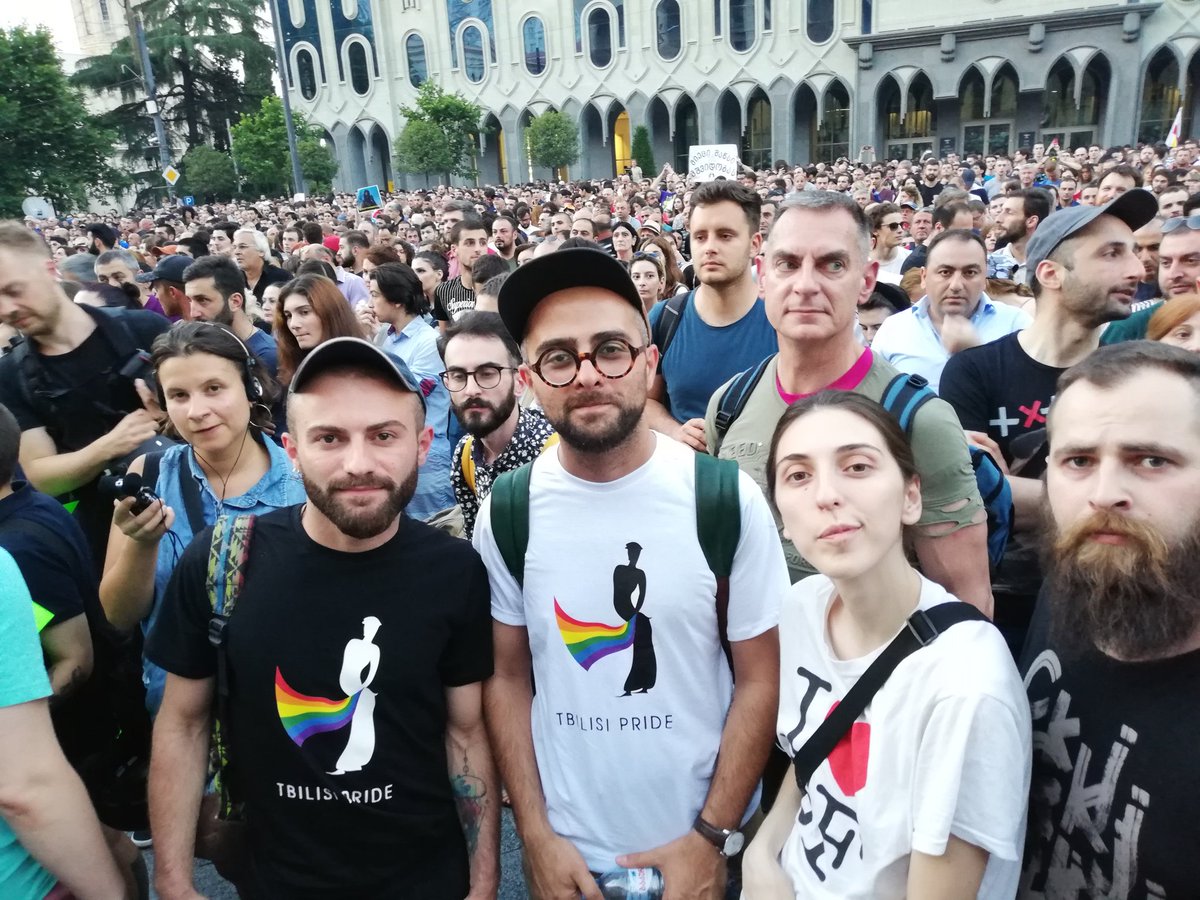 Due to current political situation and ongoing protests in Tbilisi, our team had to postpone the March which was planned tomorrow. We have joined the protest at this point and will march once situation calms down. #TbilisiPride #TbilisiPride2019 #Georgia

The announcement parade comes less than a week after the Washington Blade reported the Eurasian country’s ombudswoman asked organizers to cancel a nearly week-long series of Pride events. Hooligans also threatened organizers and a Georgian millionaire called for groups to organize against those who had planned to participate in Pride.

“We welcome the decision by the organizers of Tbilisi Pride to postpone the ‘March for Dignity’ planned for 22 June 2019,” said a statement the U.N., the E.U. and the U.S. Embassy in Georgia issued.

“Participation in peaceful demonstrations of this sort is an expression of every person’s fundamental human right to freedom of expression and assembly,” it reads. “However, amidst real concerns about safety and security in the current context, we find the LGBTI+ community’s decision highly commendable.”

A State Department spokesperson on Friday referred the Blade to Tbilisi Pride organizers’ statement when asked to comment on the parade’s postponement. The spokesperson added “senior U.S. officials have and will continue to urge the government of Georgia to protect and defend human rights and fundamental freedoms for all — including LGBTI individuals.”

“In Georgia and around the world, the United States stands up and speaks out against violence and severe discrimination against vulnerable individuals and groups, including religious, ethnic, or national minorities, persons with disabilities and LGBTI individuals,” said the spokesperson. “Governments have an obligation to ensure that everyone can freely
enjoy universal human rights and fundamental freedoms, including the freedoms of expression, peaceful assembly and association.”

The parade was to have taken place less than a week after State Department spokesperson Morgan Ortagus defended a policy that prohibits U.S. embassies from displaying Pride flags on official flag poles. Dozens of Democrats and at least one Republican, U.S. Rep. Justin Amash (R-Mich.), have called for impeachment proceedings to begin against President Trump over his involvement in Russia’s interference in the 2016 presidential election.

Tbilisi Pride organizers have not said when the postponed parade will take place.