(WB) The openly gay U.S. Ambassador to Bosnia-Herzegovina is among the thousands of people who took part in the country’s first-ever Pride parade on Sunday.

The U.S. Embassy in Sarajevo tweeted a picture of Eric Nelsonparticipating in the parade that took place in the Bosnian capital. 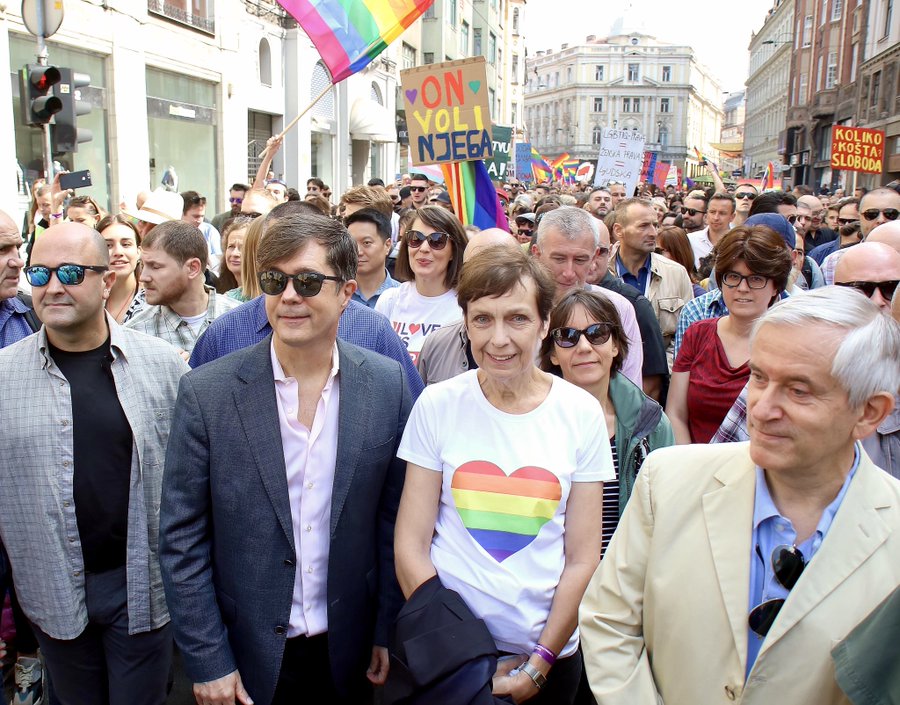 Nelson also posted a message in support of the parade on the embassy’s Facebook page.

“The Pride March is fundamentally about equal human rights for everyone,” reads a statement the embassy issued alongside embassies from several European countries, the European Union and the U.N. “Everyone in BiH — regardless of their sexual orientation or gender identity — is entitled to all the same rights and freedoms. However, the fact remains that vulnerable groups are still suffering. It is everyone’s responsibility to support those who are marginalized and face discrimination and injustice.”

Emina Bošnjak, executive director of the Sarajevo Open Centre, which organized the parade, told the Washington Blade that 3,000 people marched. Bošnjak said they included members of “the LGBTI community, parents and families of LGBTI (people), our allies and supporters.”

Media reports indicate more than 1,000 police officers were stationed along the parade route in anticipation of any potential violence or protests. The parade took place without incident.

“Yesterday’s Pride March was just like I dreamed and knew it would be, and it still made my heart burst with joy,” Bošnjak told the Blade. “It was a crucial event for all the lesbians, gays, bisexual, transgender, intersex and queer people in Bosnia and Herzegovina. As a community, we feel like there is now more freedom and a lot more support, although we still have much work ahead of us to reach full equality and acceptance in our society.”

Mona Eltahawy, an Egyptian-born feminist and author who lives in New York, was among those who also participated in the parade.

Pics & thoughts from today’s #SarajevoPride. This summer I was honoured to march in the 50th Pride in #NYC & today I was honoured to join the first ever Pride in #Bosnia. As my friend Choffe said: the last first Pride in Europe. Bravo @BHpovorkaponosa & all who marched #imaizać 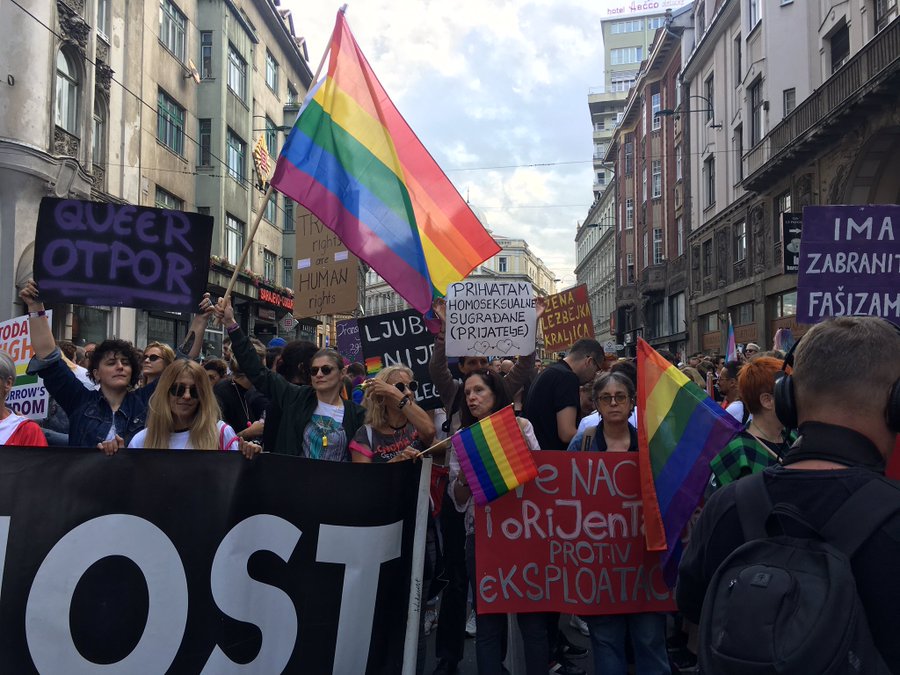 Tanya Domi, a professor at Columbia University who also participated in the parade, described it as an “unqualified success.”

“People were longing to hold a Pride and today Bosnia and the Western Balkans region showered love and their approval of LGBTI Bosnians,” Domi told the Blade.

The parade took place nearly 23 years after the end of the former Yugoslav republic’s civil war that left upwards of 100,000 people dead between 1992-1995. Nelson’s participation also coincides with continued criticism of the Trump administration’s LGBTI rights record in the U.S.

A nondiscrimination law that includes sexual orientation and gender identity took effect in Bosnia-Herzegovina in 2016, but anti-LGBTI discrimination and attitudes persist in the country.

Organizers of the first Queer Sarajevo Festival in 2008 cancelled the event after dozens of people attacked participants during the opening exhibition. Three people were injured in 2014 when a group of people wearing masks attacked a festival the Sarajevo Open Centre organized.

“(The) Pride March also gave hope to many of our citizens that BiH can be live up to its image of a vibrant, diverse and tolerant country, and that makes me proud as well,” Bošnjak told the Blade.

“It was a tremendous first step,” Domi told the Blade. “(There is) much more work to do.”

The Blade has reached out to the State Department for an interview with Nelson.