(WB) A week after winning an Oscar for writing Best Original Song, “I’m Gonna Love Me Again” from “Rocketman” with longtime writing partner Bernie Taupin, Sir Elton John was forced to call an early end to a concert in New Zealand after losing his voice.

The legendary pop star and LGBTQ icon is in the midst of his three-year “Farewell Yellow Brick Road” tour and was visibly emotional as he was led offstage at a concert in Auckland, Australia Feb. 16 after he had already performed for nearly two hours.

John began the show by warning the audience, “I was diagnosed with walking pneumonia this morning,” according to the New Zealand Herald. “My voice is shot but I didn’t want to miss this.”

Video posted on social media by fans at the concert showed the singer standing from his piano, and briefly gesturing toward the crowd with outstretched arms before tearing up and being escorted from the stage, with the audience cheering and clapping in an outpouring of love and support for the ailing musical superstar. 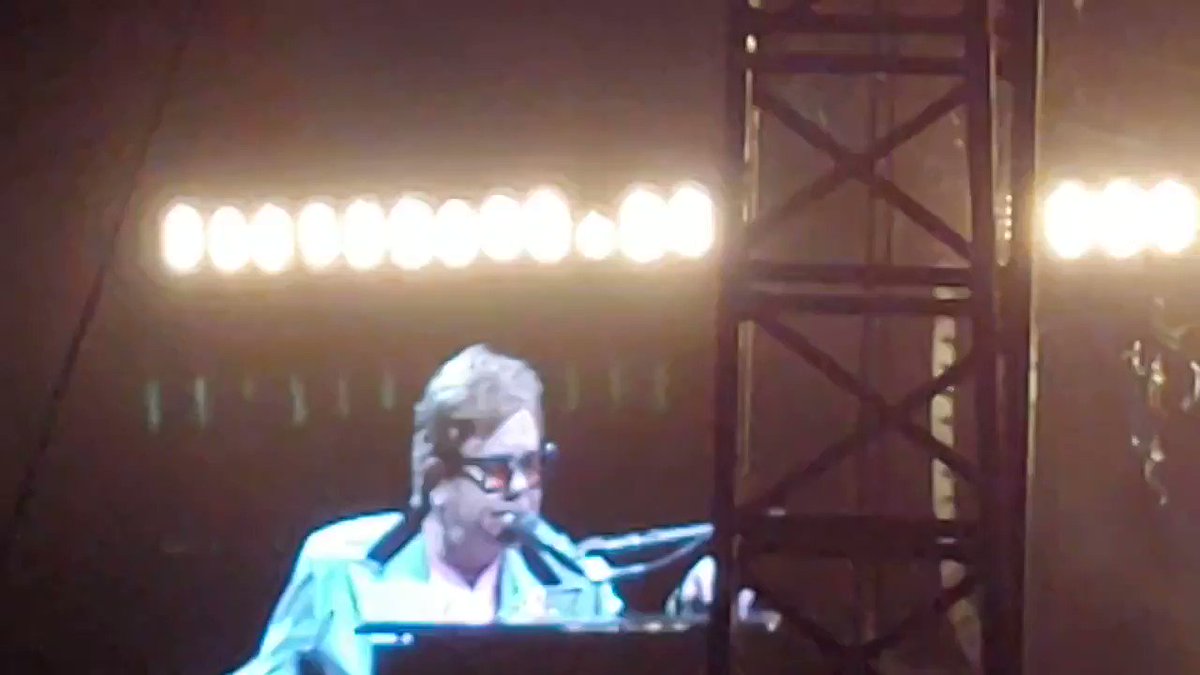 In a later post on Instagram, John shared a photo of the moment taken from backstage, with the caption:

“I want to thank everyone who attended tonight’s gig in Auckland. I was diagnosed with walking pneumonia earlier today, but I was determined to give you the best show humanly possible. I played and sang my heart out, until my voice could sing no more. I’m disappointed, deeply upset and sorry. I gave it all I had. Thank-you so much for your extraordinary support and all the love you showed me during tonight’s performance. I am eternally grateful. Love, Elton.”

John, 72, announced in early 2018 that he would retire from touring to spend more time with his family, telling NPR, “It all changed with having children. Ten years ago… I had nothing planned for the rest of my life except making music and touring, and then we had two fabulous little boys. … And as much as I love playing, I want to be with my boys now. This is the new part of my life.”

John has two further concerts scheduled in New Zealand this week. No word yet on if the singer will be well enough to appear