The groundbreaking series returned to NBC in 2017 to strong ratings, leading to its two-year renewal. The sitcom has earned 91 Emmy nominations with 18 wins, including one for each cast member.

“When NBC had the opportunity to reconnect this amazing cast and creative team, we jumped at the chance,” NBC Co-Chairmen George Cheeks and Paul Telegd said in a statement. “The impact and legacy of ‘Will & Grace’ simply can’t be overstated, both as a true game-changer in the portrayal of the LGBTQ community and as one of the finest comedies in television history. A huge thank you to Max, David, Jimmy and a cast that is second to none for their brilliance over an incredible run.”

“We think of the ‘Will & Grace’ reboot episodes the way Karen Walker thinks of martinis–51 is not enough, 53 is too many,” co-creators and executive producers Max Mutchnick and David Kohan also shared. “That is why, after consulting with the cast, we all have decided this will be the final season of ‘Will & Grace.’”

David Kohan and I just sent this letter to our #WillandGrace family. #ThePartysOver 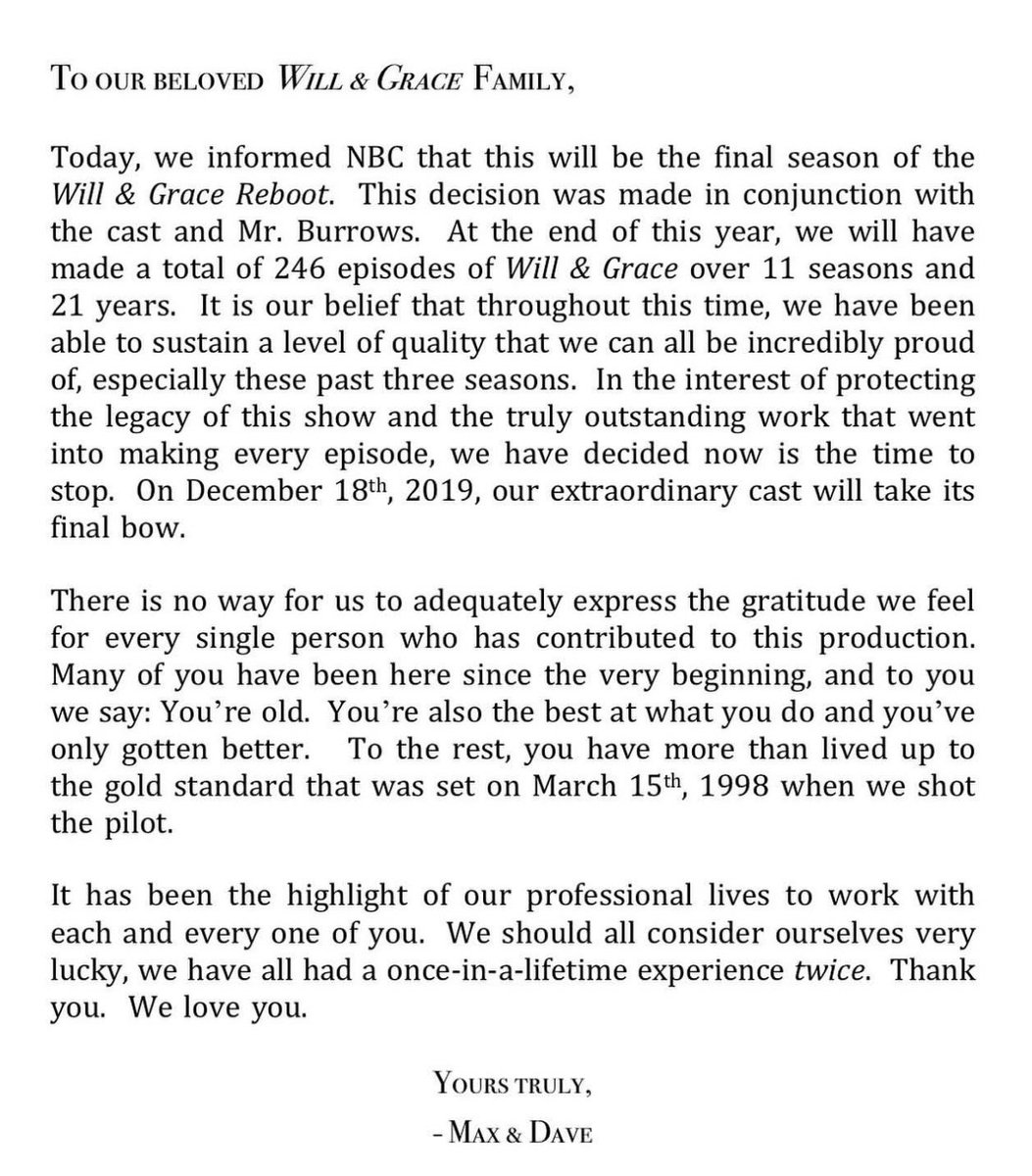 561 people are talking about this

Well, we’re taking this one out like we brought it in: with love, laughs, gratitude... and on our own terms. Season 3 of #WillandGrace (well, season 11!) will be our grand finale... and it’s gonna be FANTASTIC. @WillAndGrace @DebraMessing @SeanHayes @MeganMullally @MaxMutchnick 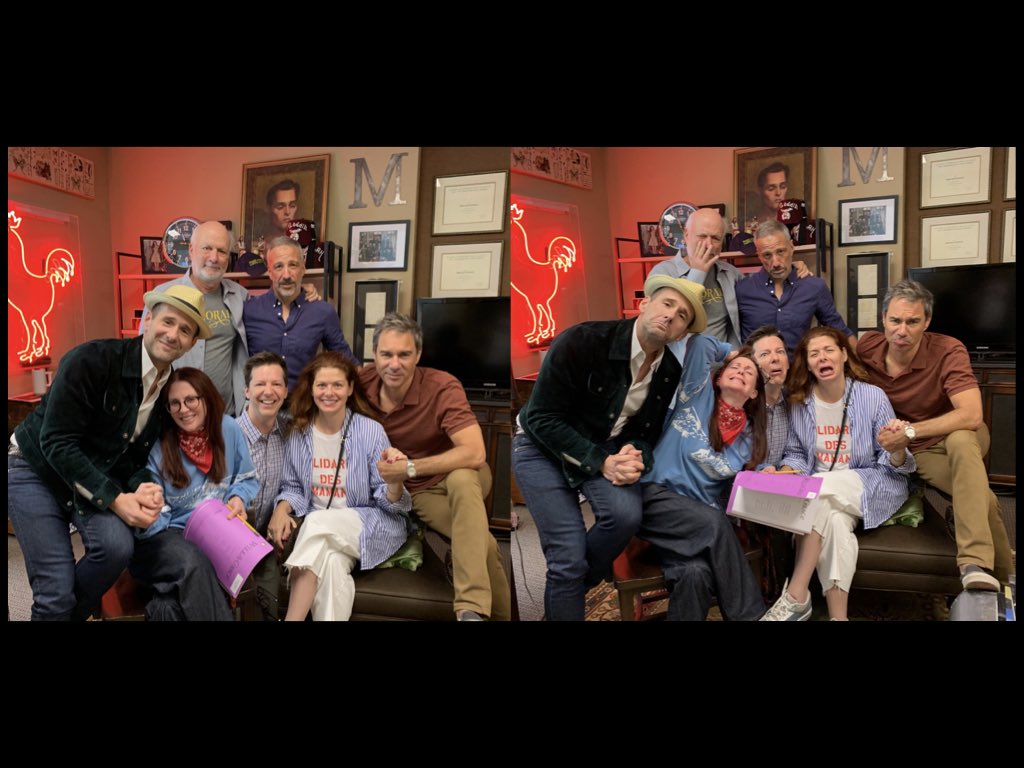 845 people are talking about this
BLOG COMMENTS POWERED BY DISQUS