(WB) A historic number of openly gay and bisexual lawmakers on Thursday were sworn in the U.S. House and U.S. Senate at the start of the 116th Congress.

House Speaker Nancy Pelosi (D-Calif.) swore in seven LGB members to the U.S. House in her role as presiding officer of the chamber.

Another openly gay member of the House — Rep. Mark Pocan (D-Wis.) — was present at the official swearing-in ceremony in the House Chamber, but didn’t attend the subsequent photo opportunity.

In the U.S. Senate on the same day, Vice President Mike Pence in his role as president of the Senate swore in two LGB U.S. senators — Sens. Tammy Baldwin (D-Wis.) and Kyrsten Sinema (D-Ariz.).

Here are photos of Pelosi swearing in LGB members of the House: 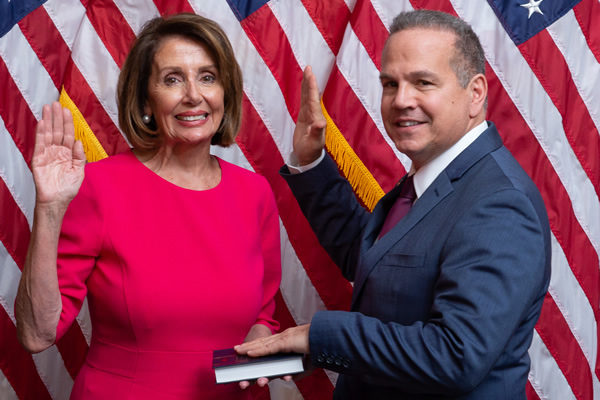 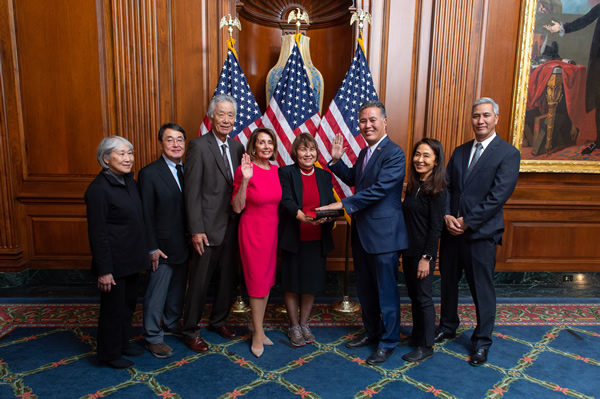 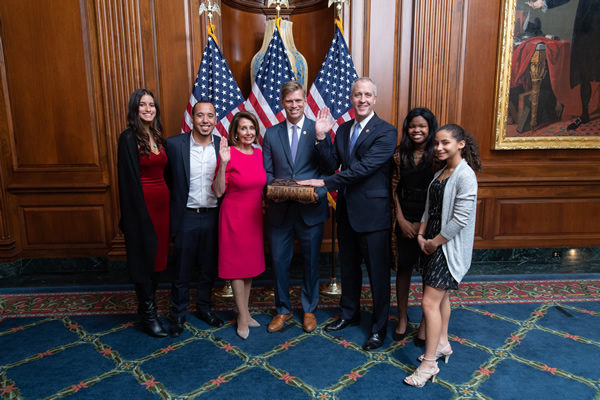 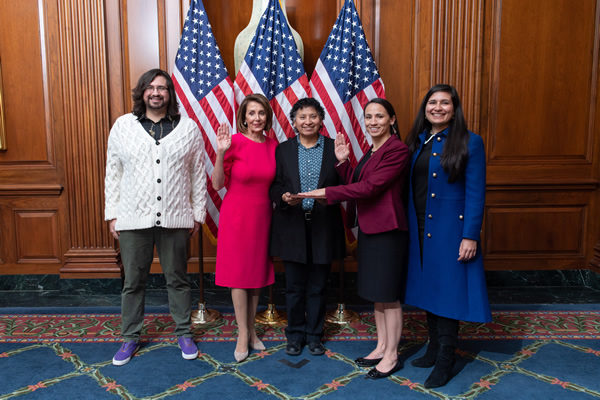 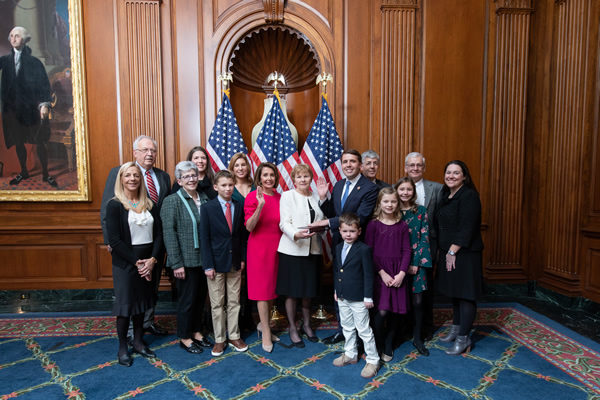 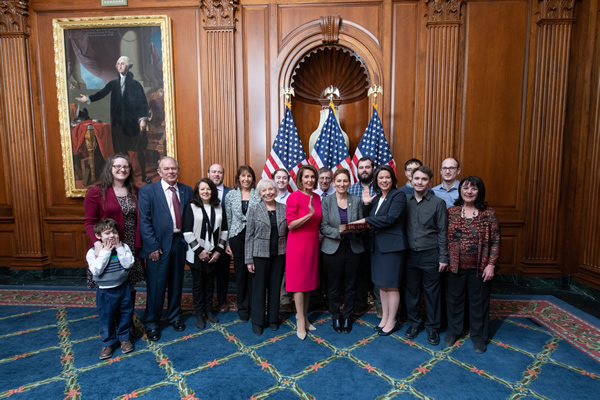 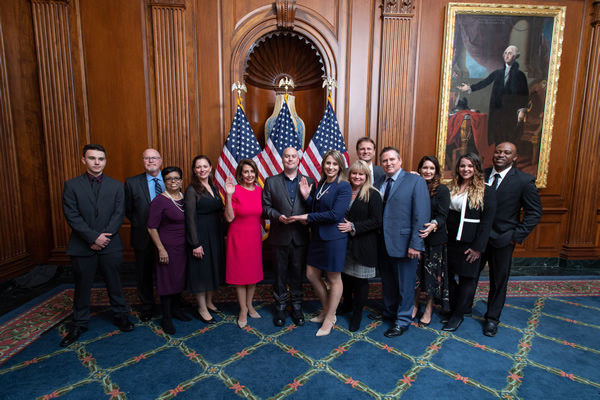 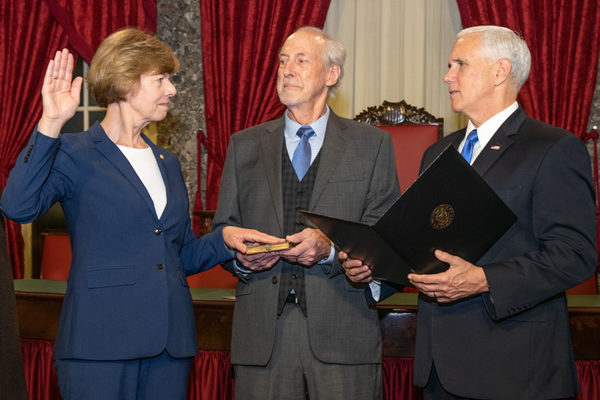 Here’s Pence with Sinema, who was sworn in with a law book as opposed to a Bible: 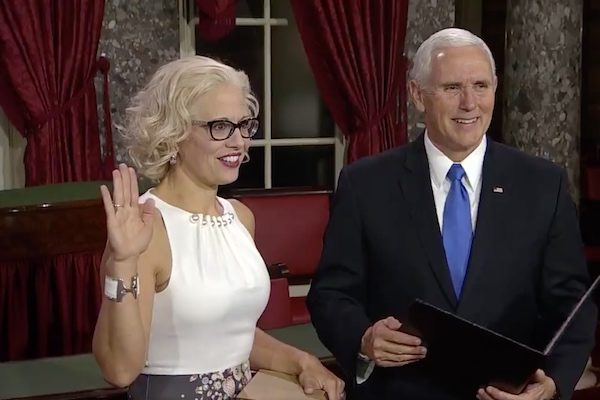