The annual International Day Against Homophobia, Transphobia and Biphobia was marked in the U.S. and around the world on May 17, 2019. (Photo by Ted Eytan; courtesy Flickr)

(WB) Politicians and activists in the U.S. and around the world on Friday commemorated the annual International Day Against Homophobia, Transphobia and Biphobia.

House Speaker Nancy Pelosi (D-Calif.) issued a statement shortly before the Equality Act, which would add sexual orientation and gender identity to federal civil rights laws, passed in the U.S. House of Representatives.

“On International Day Against Homophobia, Transphobia and Biphobia, we reject the bigotry and discrimination that undermines our democracy and inflicts pain and violence on LGBTQ individuals around the world,” said Pelosi. “No person, anywhere, should face harassment or fear losing their jobs, their homes or their lives because of who they are or whom they love.”

OutRight Action International Executive Director Jessica Stern is among those who took part in a U.N. LGBT Core Group event in New York that commemorated IDAHOBiT.

Human Rights Campaign Global Ty Cobb in a statement noted a provision of Brunei’s new penal code based on Shariah that sought to impose to death penalty upon anyone found guilty of consensual same-sex sexual relations and the continued anti-LGBTI crackdown in Chechnya. Cobb also criticized the Trump administration for his “absence” of “leadership on these issues.”

“While countries and communities around the globe are increasingly embracing LGBTQ people, far too many of us still live with the threat of discrimination, violence and even death — including in Brunei, where draconian laws are targeting LGBTQ people, and in Chechnya, where alarming human rights violations against LGBTQ people continue,” said Cobb. “In the absence of White House leadership on these issues, it is critical that the international community continues to stand together in support of LGBTQ people around the world.” 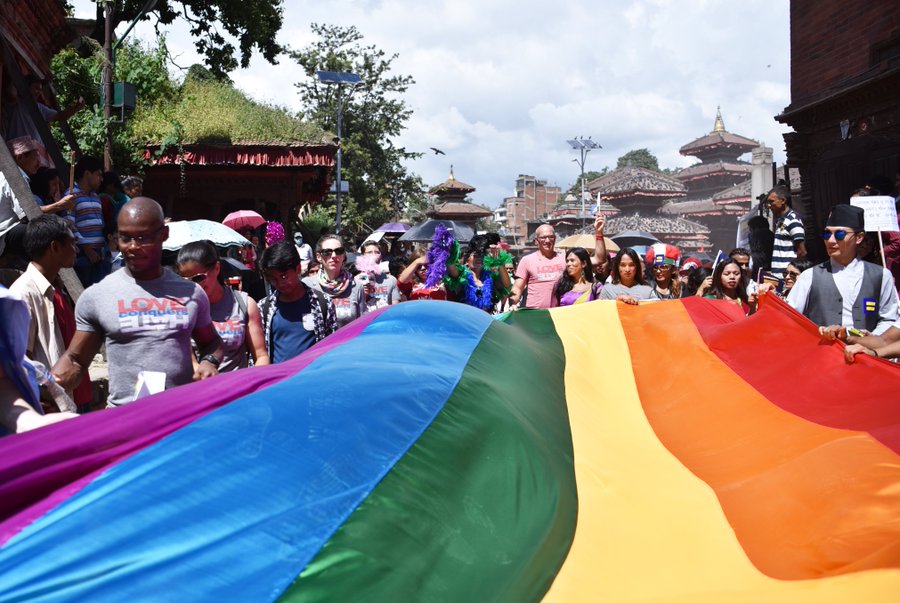 132 countries stand together today to support LGBTI rights and to fight against prejudice & discrimination. Let's reaffirm there is NO place for hatred & violence against #LGBTI people. #idahot #Nepal

The Australian Embassy in D.C. on Friday hosted an IDAHOBiT event with Amazin LeThi of Athlete Ally and other activists. The State Department has yet to publicly acknowledged IDAHOBiT.

“After issuing a strong statement last year for IDAHOTB, it’s sad that Secretary Pompeo apparently decided not to issue a statement this year — on the very day that the U.S. Congress voted to grant civil rights protections to LGBT Americans,” Council for Global Equality Chair Mark Bromley told the Washington Blade in a statement. “This is the first time in many years that there has not been a statement from the secretary or the State Department in recognition of IDAHOTB, a message that is then amplified in meaningful ways by our embassies abroad.”

Victory Institute conference in Colombia begins with moment of silence

IDAHOBiT, which was previously known as the International Day Against Homophobia, first took place on May 17, 2005, to commemorate the World Health Organization’s decision to declassify homosexuality as a mental disorder.

Lawmakers in Taiwan on Friday approved a bill that will extend marriage rights to same-sex couples. Consensual same-sex sexual relations nevertheless remain criminalized in more than 70 countries and anti-LGBTI violence and discrimination remains pervasive around the world.

Police in the Turkish capital of Ankara on Friday reportedly disrupted an IDAHOBiT event. Cuban police on May 11 arrested several people who participated in an unsanctioned LGBTI march in Havana.

Mariela Castro, the daughter of former Cuban President Raúl Castro who directs Cuba’s National Center for Sexual Education, on Friday in a series of posts on her Facebook page highlighted several IDAHOBiT events in the city of Camagüey. An LGBTQ Victory Institute conference that is taking place in Bogotá, Colombia, began on Friday with a moment of silence in honor of people in Latin America who have been victims of violence because of their sexual orientation or gender identity. 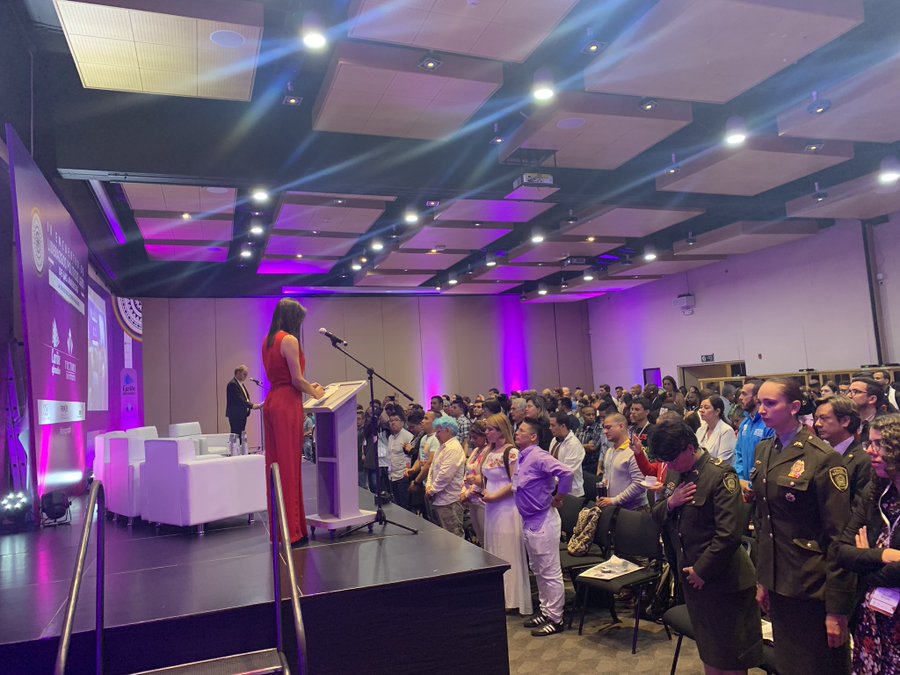 One minute of silence for all the LGBTIQ persons, victims of violence in the Americas