Dozens of activists in a letter to Secretary of State Mike Pompeo say the State Department under his leadership “has abandoned full support of LGBTI people within its global human rights policy.”

(WB) Dozens of activists in a letter to the Secretary of State Mike Pompeo say the State Department under his leadership “has abandoned full support of LGBTI people within its global human rights policy.”

The letter, which they made public on Monday, specifically notes the State Department has not publicly acknowledged Pride month and did not issue a statement on the International Day Against Homophobia, Transphobia and Biphobia. The activists also wrote the State Department ” has refused requests from a number of diplomatic facilities to fly the Pride flag during celebrations this month — a notable reversal of instructions provided in previous years.”

“To be clear, both IDAHOTB and Pride fit squarely into the Department’s efforts to combat hate crimes, violence and human rights violations around the world,” reads the letter. “We find it particularly disappointing that your choice to pull back has come on the 50th Anniversary of the Stonewall uprising in New York, an important milestone in our country’s civil rights history which Pride commemorates.”

“Taken together, these actions amount to an irrefutable effort by the administration to distance itself from the American tradition of affirming human rights as part of our country’s foreign policy — an effort that we flatly condemn,” it adds.

The activists in their letter to Pompeo also criticize the State Department over its plans to create a new human rights advisory commission, the Commission on Unalienable Rights, that will stress “natural law and natural rights.”

“We recognize this formulation, which is used by a variety of organizations as code words for denying human and civil rights to LGBTI citizens — a significant deviation from the comprehensive approach that long has guided the human rights diplomacy, programming and reporting of the State Department,” reads the letter.

The activists also note President Trump has refused to support the Equality Act, has banned openly transgender people from the military and has moved to “strike references to LGBTI persons and gender from multilateral documents.”

“We cannot but conclude that you and the president have embarked on a clear-cut effort to undermine LGBTI progress at home and disavow LGBTI populations abroad,” reads their letter.

The activists ask Pompeo to “issue a robust clarification of policy to encourage embassies around the world to show support for LGBTI communities and inclusion during the remaining weeks of LGBTI Pride season.” They also request that he “dismantle the proposed commission and instead invest in the work already underway at” the State Department’s Bureau of Democracy, Human Rights and Labor.

“Failure to take such actions will only encourage the view that, contrary to the president’s previous expressions of support for the rights of LGBTI people, the administration is in fact purposefully distancing itself from American principles of human rights and from the protection of LGBTI people around the world,” reads the letter.

A State Department spokesperson on Monday told the Blade in response to the activists’ letter that “protecting and advancing universal human rights, including for LGBTI persons, has long been and remains the policy of the United States.”

“The department is focused on deterring and responding to violence against LGBTI persons, supporting efforts to decriminalize LGBTI status or conduct, and working to prevent and combat severe official discrimination,” added the spokesperson.

The State Department in previous statements to the Blade insists it continues to defend LGBTI rights around the world.

The State Department in recent months has publicly criticized the anti-LGBTI crackdown in Chechnya and a provision of Brunei’s new penal code that sought to impose the death penalty upon anyone convicted of engaging in consensual same-sex sexual relations. The White House in March announced openly gay U.S. Ambassador to Germany Richard Grenell will lead an initiative that encourages countries to decriminalize homosexuality.

Tremenda Nota, the Blade’s media partner in Cuba, reported the U.S. Embassy in Havana on its Twitter page acknowledged IDAHOBiT, which took place less than a week after police in the Cuban capital arrested several people who participated in an unauthorized LGBTI march.

A State Department spokesperson told the Blade last week in response to a request for comment about the postponement of the Tbilisi Pride parade in Georgia that “senior U.S. officials have and will continue to urge the government of Georgia to protect and defend human rights and fundamental freedoms for all — including LGBTI individuals.” The U.S. Embassy in Kyiv on Twitter said “dozens of U.S. Embassy Kyiv members participated” in Sunday’s Pride march in the Ukrainian capital. 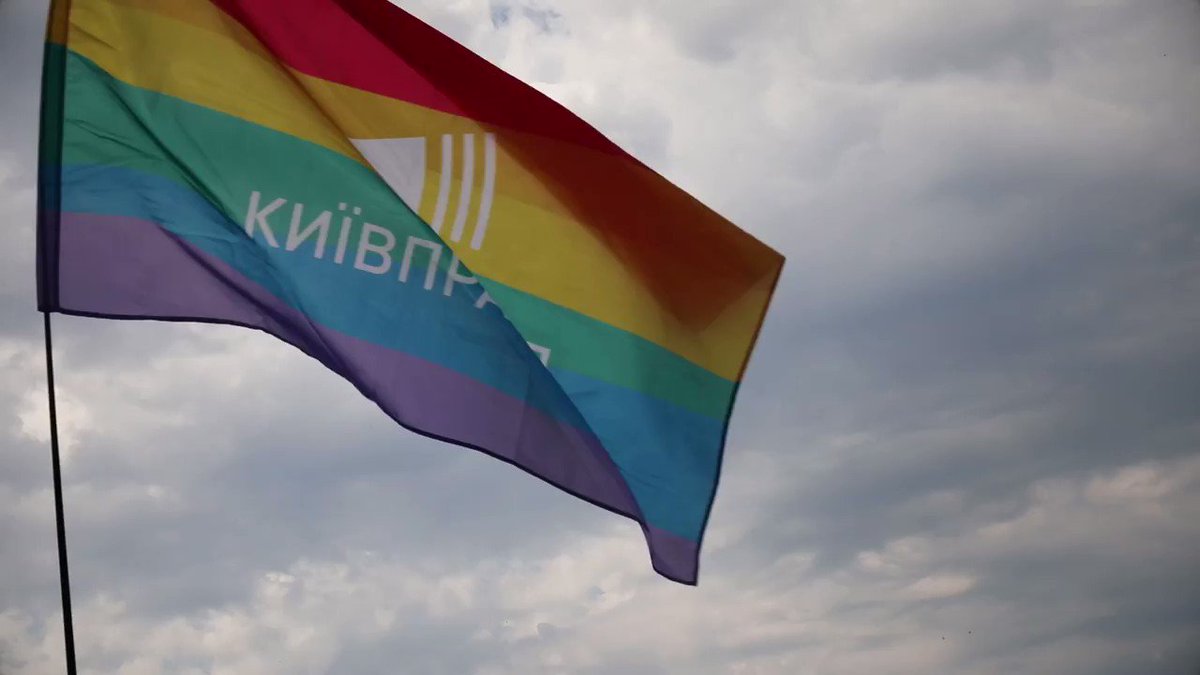 Dozens of U.S. Embassy Kyiv community members participated in yesterday’s #Pride March in Kyiv, showing support alongside Ukrainians for the principles of equality and non-discrimination. We appreciate the work of Ukrainian law enforcement to ensure participants’ safety!

Pompeo on Monday arrived in Saudi Arabia, a country in which homosexuality remains punishable by death.

The department has in place standing policy guidance that U.S. embassies and consulates should use all diplomatic, assistance and public diplomacy tools at their disposal to protect and defend human rights for all, including LGBTI persons,” the State Department spokesperson told the Blade.